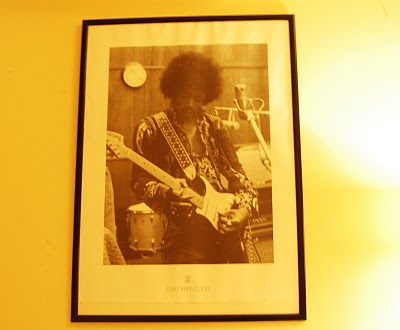 The past year or so has seen a number of bands regroup, rework and rehash material in an attempt to exploit the crumbling music market and basically relive the good ol days…Blur and the Beatles come to mind as two of the most successful and credible outfits to have squeezed every last penny out of their prodigious past. Blur regrouped around this time last year, with a headline Glasto slot confirmed, they played a warm up gig at my dear Goldsmiths’ very own S.U. They were never any good live (in comparison to Oasis anyway) and it seemed nothing had really changed at all. It could be argued that Oasis have been just as bad with their clinging onto the 90’s well into the late noughties, but in all honesty they have grown with age, touring incessently and despite what you may think, releasing new and GOOD material –Lyla and the Importance of Being Idle would be much more critically revered if listened to alongside the rest of its 2005 brethren rather than straight after Definitely Maybe.

The Beatles, namely Paul and Ringo, did their best to butcher their credibility with the Beatles branded version of the game Rockband, which coincided with the re releasing of their back catalogue – now I’m not one who’d ever dream of decrying the Fab Four, but the remaining fab two are clearly in need of the cash. In all fairness though, think back to 2006 when LOVE was released – Sir George Martin managed to produce an amazing album of reworked chunks of Beatles songs, so for this they are duly forgiven.

I digress. The point of this is to bring up something that is to me at least, very important. March 9th sees a new album of old Hendrix material released to honour the 40th anniversary of his death. This may scream as the estate/family cashing in with an appropriate milestone around the corner, but they should be criticised for waiting this long. The album, working title being Valleys of Neptune, comprises of 12 songs taken from sessions at London’s Olympic Studios and New York’s Record Plant in 1969, which have finally been mixed down into album worthy tracks. It being billed as the intended follow up to Electric Ladyland can be dismissed as hyperbole, but I have a feeling it won’t dissapoint. With new tracks, new versions of Fire and Red House, and a studio recording of Hear My Train a Comin‘ (which until now has only been heard on a relatively poor sounding 12 string acoustic), this is a revival to be excited about.

Jimi’s long gone, but his legacy isn’t – there is a plethora of unreleased material out there even after this album, with a rumoured stack of Dylan covers under lock and key. This I pray, is the first of many…